Courtney Løberg is a comic artist and poet from Treaty 8 territory. Issues of her current project, We Don't Go Through the Angelgrass, can be purchased on Etsy or read on Webtoon Canvas.

Courtney self-published her first graphic novel, The Rangeroads. Her second graphic novel, My favourite girl that I never see, was published in 2019 by ChiZine.
‍
In 2019 Courtney was the Artist-in-Residence at Happy Harbor Comics. At the University of Saskatchewan, she created and taught a studio course on making comics. Her poetry and comics have appeared in Augur, untethered, Ink Brick, and Leah Wishnia’s Happiness anthology.

We Don't Go Through the Angelgrass Volume I, May 2020.

In a certain country, in a certain swath of land, there was a town in the palm of a Gulch. Angelgrass grew on the crest of the circular valley surrounding: pearlescent and shifting, like a rainbow made of pondwater. Anyone who ventured in was not seen again.

Cornflower has lived in the town all their life like almost everyone else. But when their best friend Jasper disappears, they are compelled to descend into the dark histories and dreamlike workings of The Gulch, and themselves. 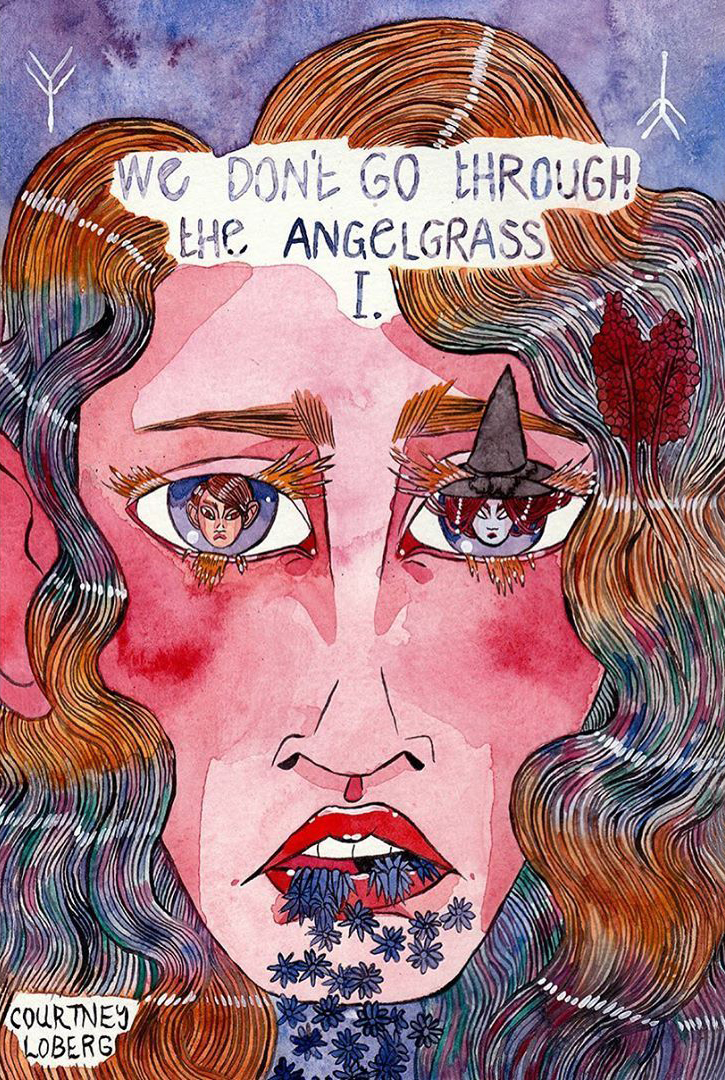 My favourite girl that I never see, ChiZine Publications, 2019.

My favourite girl that I never see is the story of a backwoods witch. Rejected by her closest friend, Ori exiles herself on a hermitage deep in the boreal forest outside the town of Boyle. As the season grows darker, Ori encounters burnt symbols on trees, disemboweled crows and beer cans in geometric arrangements: all signs that another witch is working in the area. Isolation, heartbreak and ritual interweave online and IRL as Ori tries to identify her true friends and hold onto the version of reality she knows. 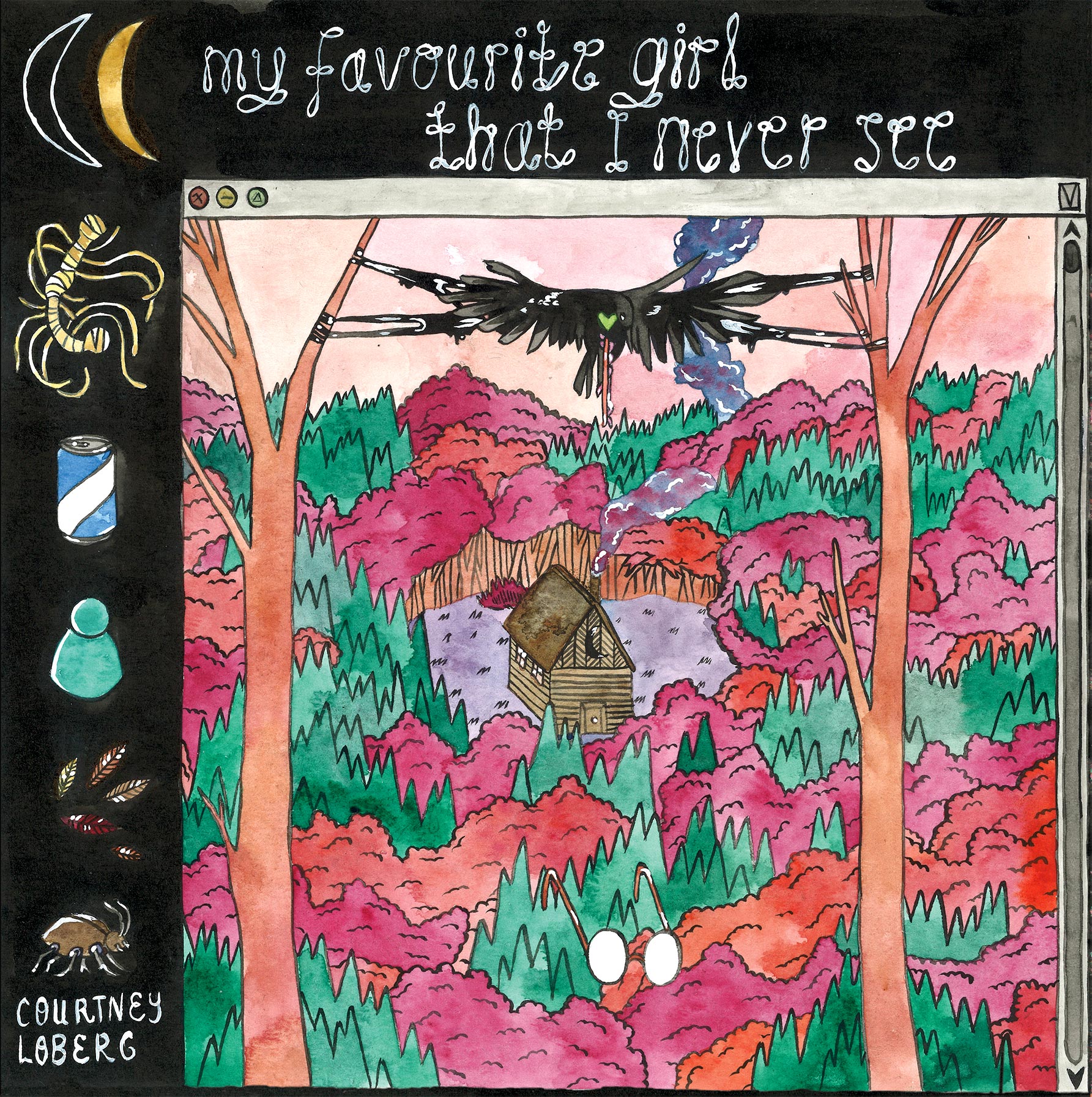 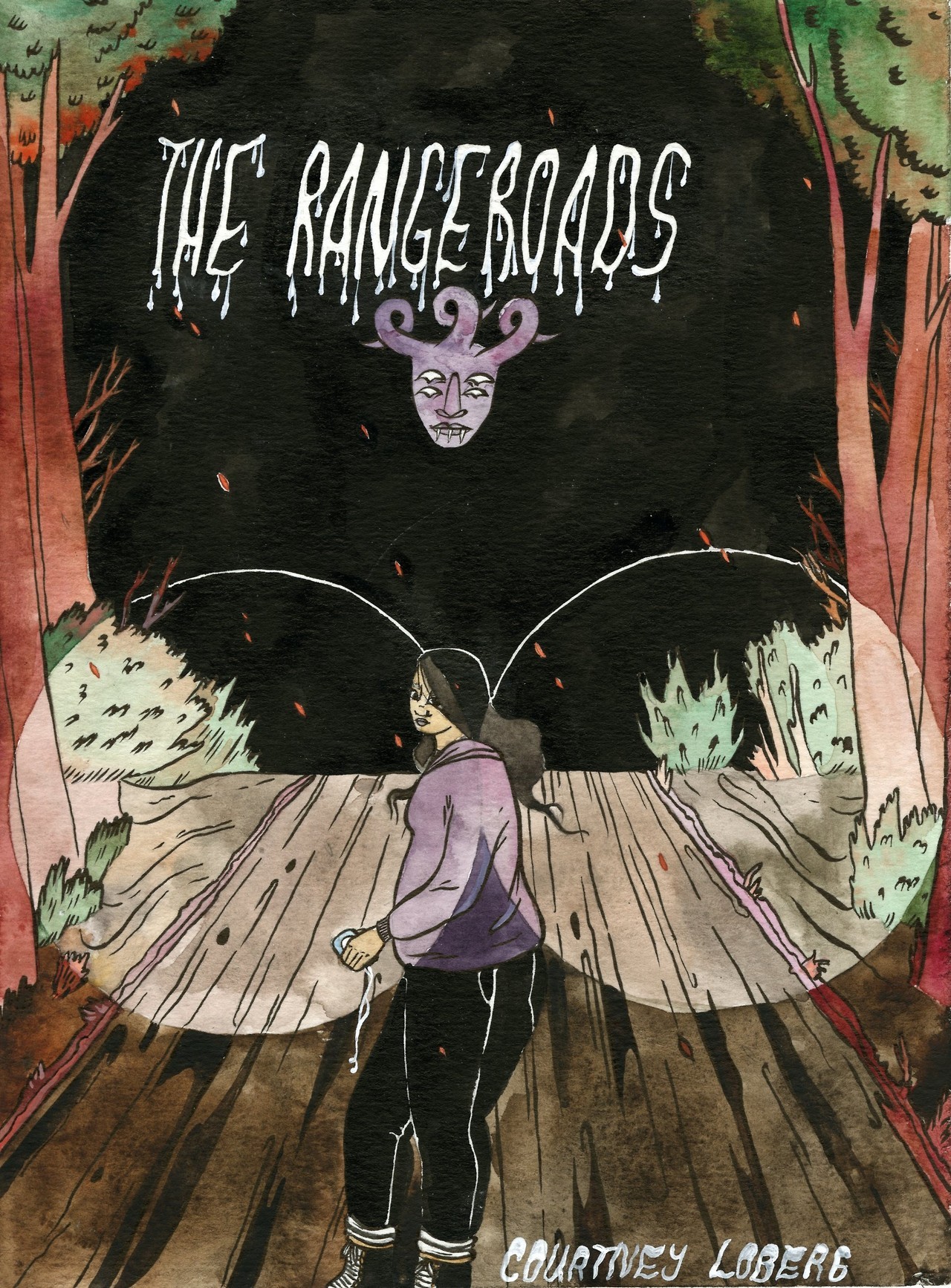 The Rangeroads follows Cai Monkman, a Cree-Metis teenager who becomes lost in the network of rangeroads outside her hometown in rural Alberta. The roads morph into a place both familiar and strange as she travels, encountering spirits, albino moose, and haunted pioneer shacks. At the same time, two lab assistants from the Beaverlodge Research Station investigate the sudden levitations of barley crops and a prophetic voice that phases in and out on a Grande Cache Radio station. 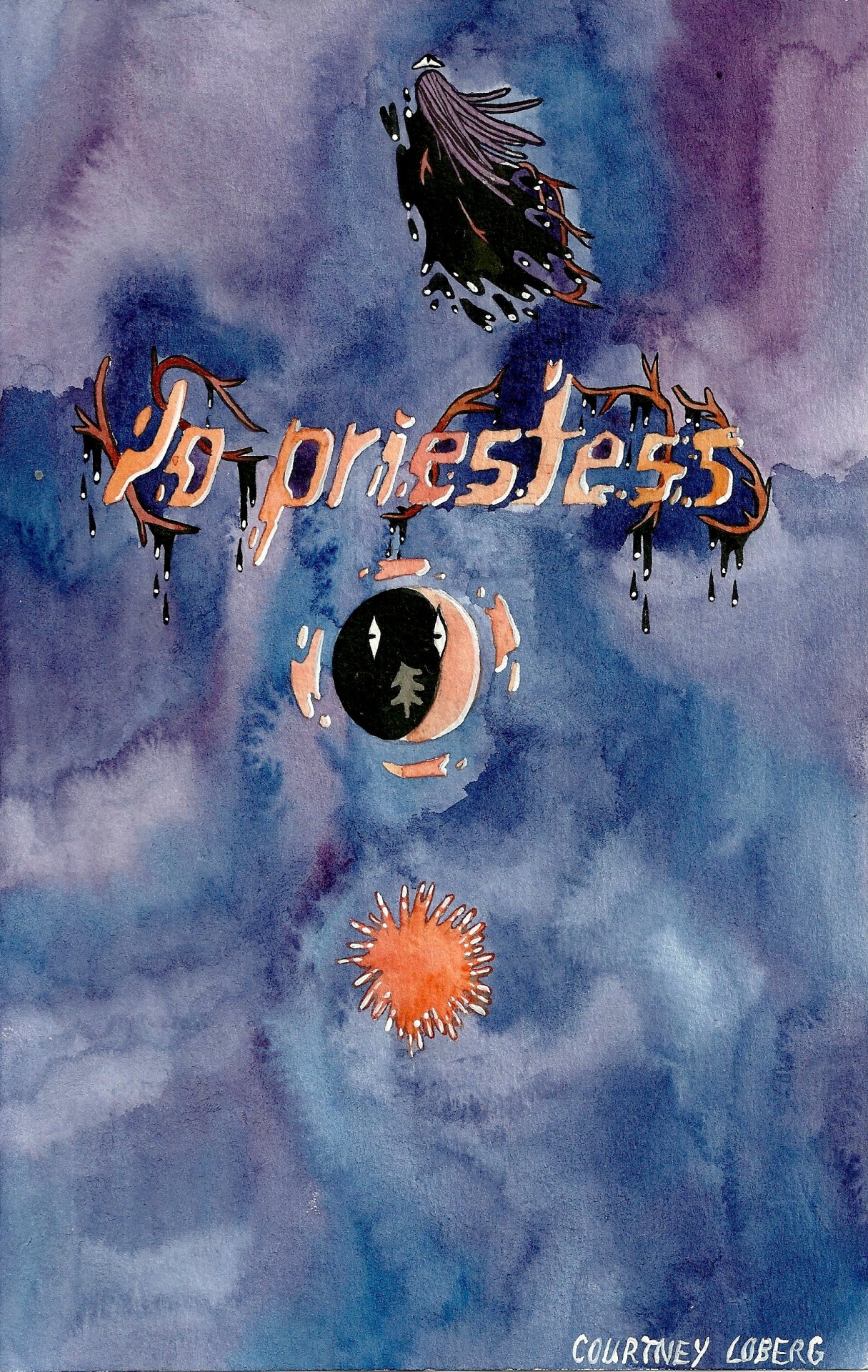 This comic was created in the summer of the year 2016 for Frank Santoro’s Comic Workbook Composition Competition. The story explores classic summertime themes of spirituality, depression, isolation, idleness, and transformation.

Follow a sad girl out her silent summer house and down the muggy backroads at night. Follow her on a bike as sentient garbage dances through the ditch-trees. 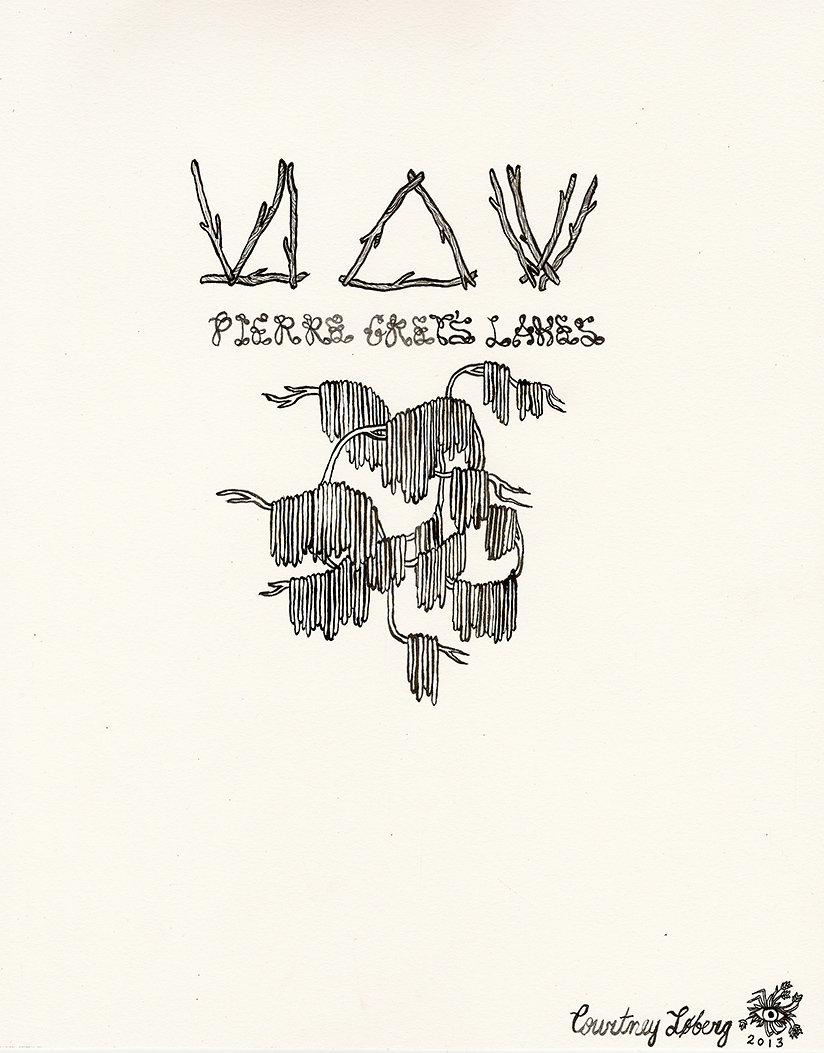 Pierre Grey's Lakes, 2013.
‍
Pierre Grey's Lakes follows Sidney and her three friends as they reunite for the first time in five years on a dreary, disorienting camping trip at Pierre Grey’s Lakes. Discouraged by distances between them, Sidney hides behind neuroticism and judgement as a strange, malevolent spirit-heart materializes in the landscape. 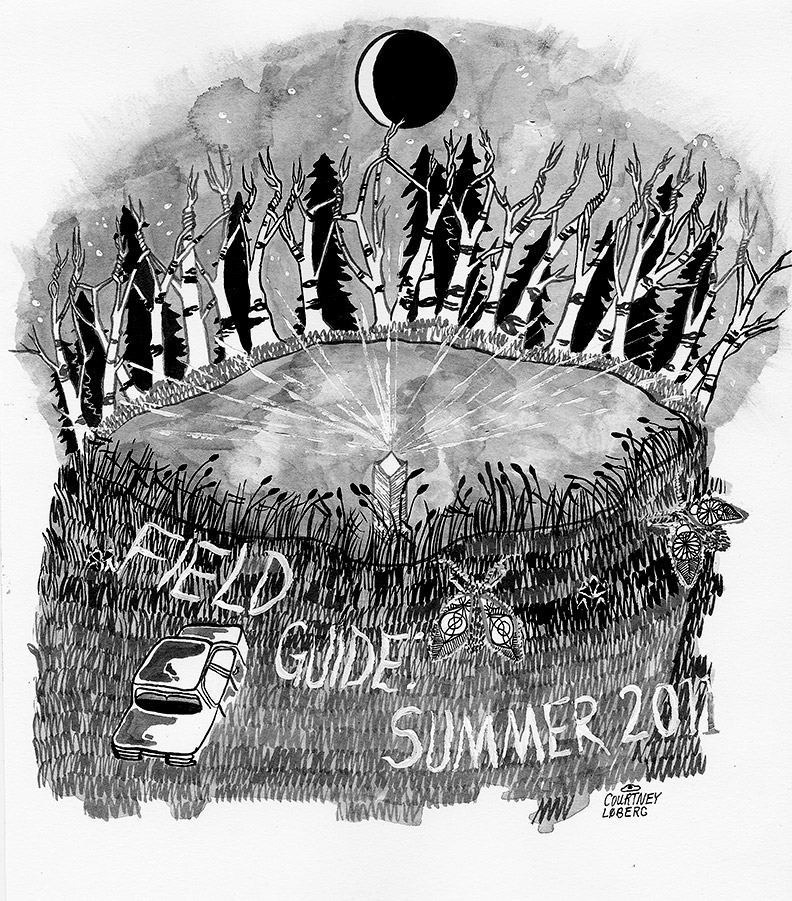 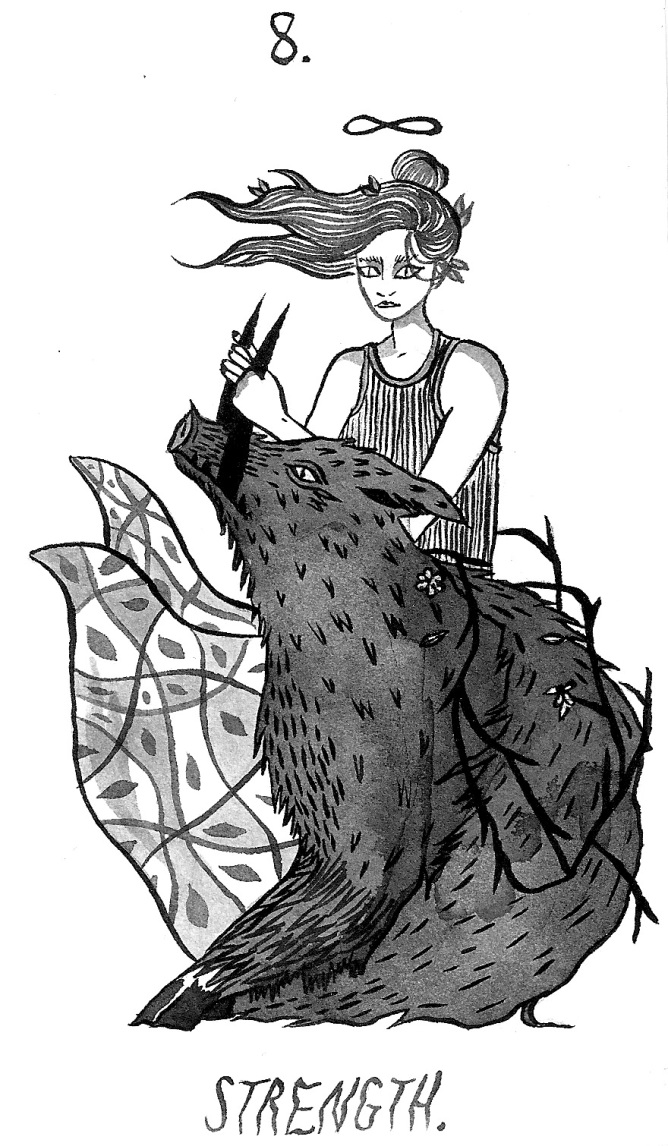 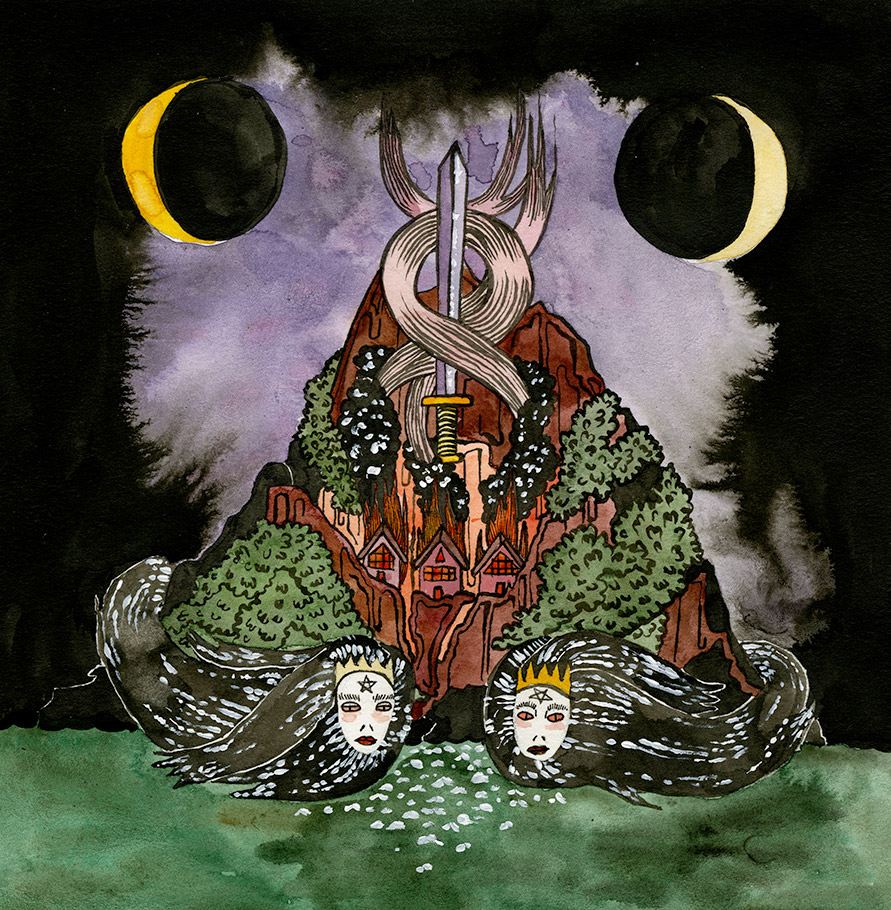 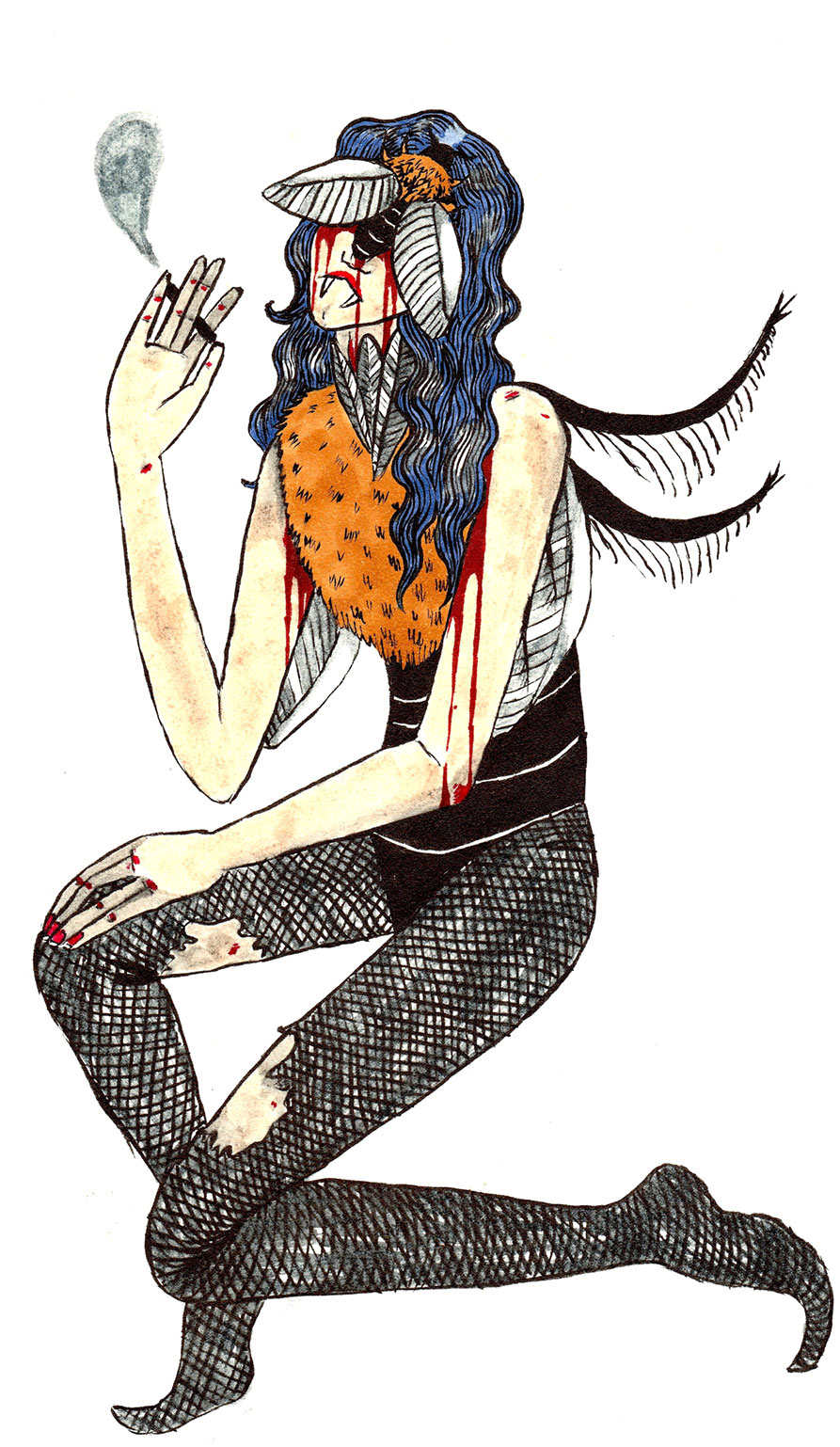 We Don't Go Through the Angelgrass
Concept Art 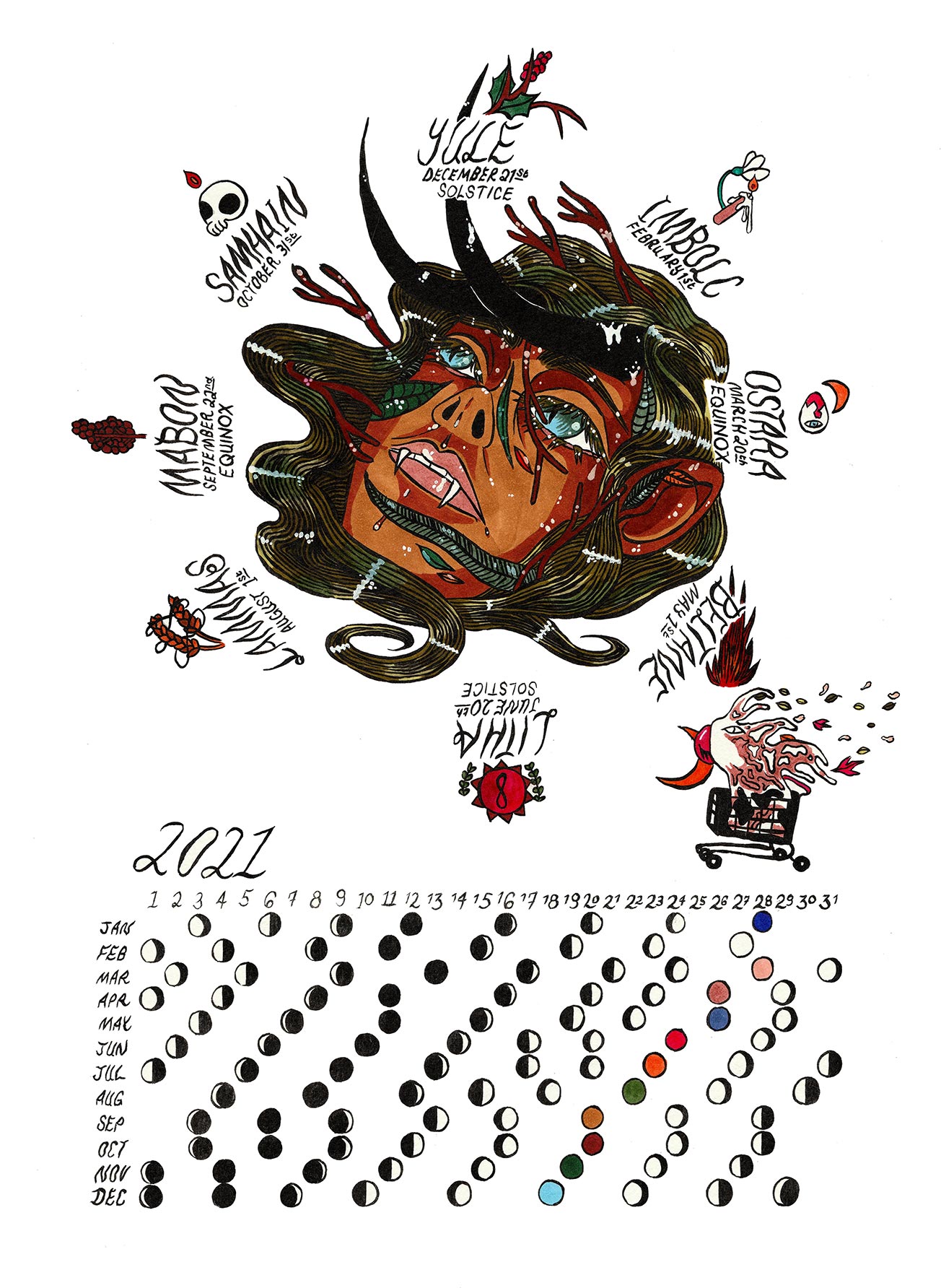 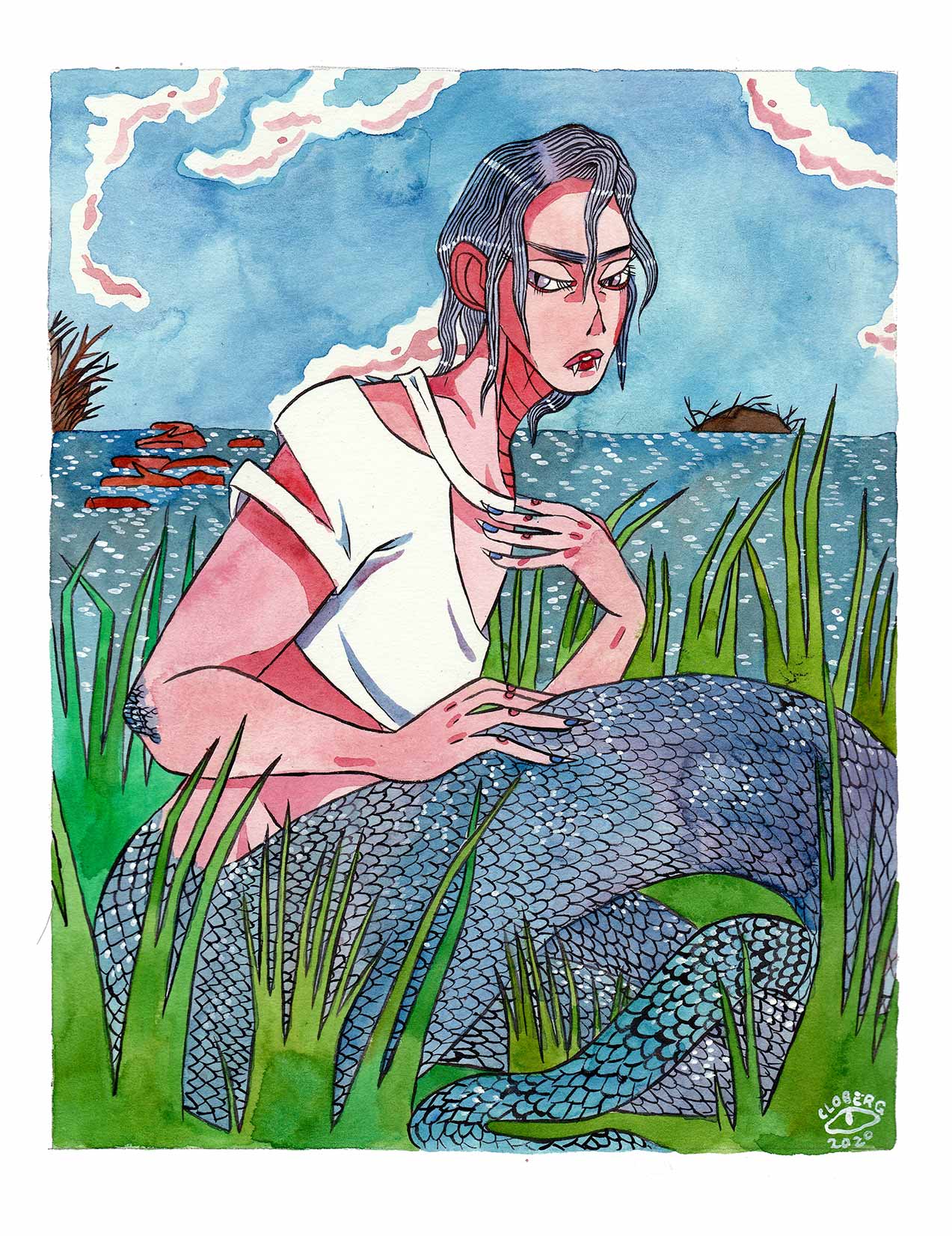 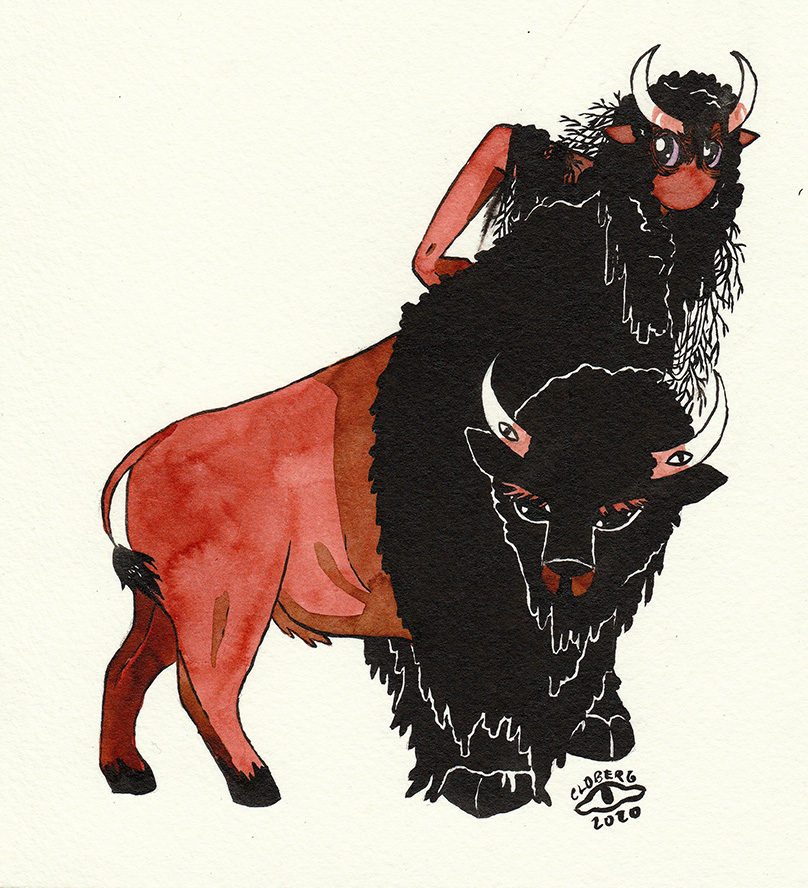 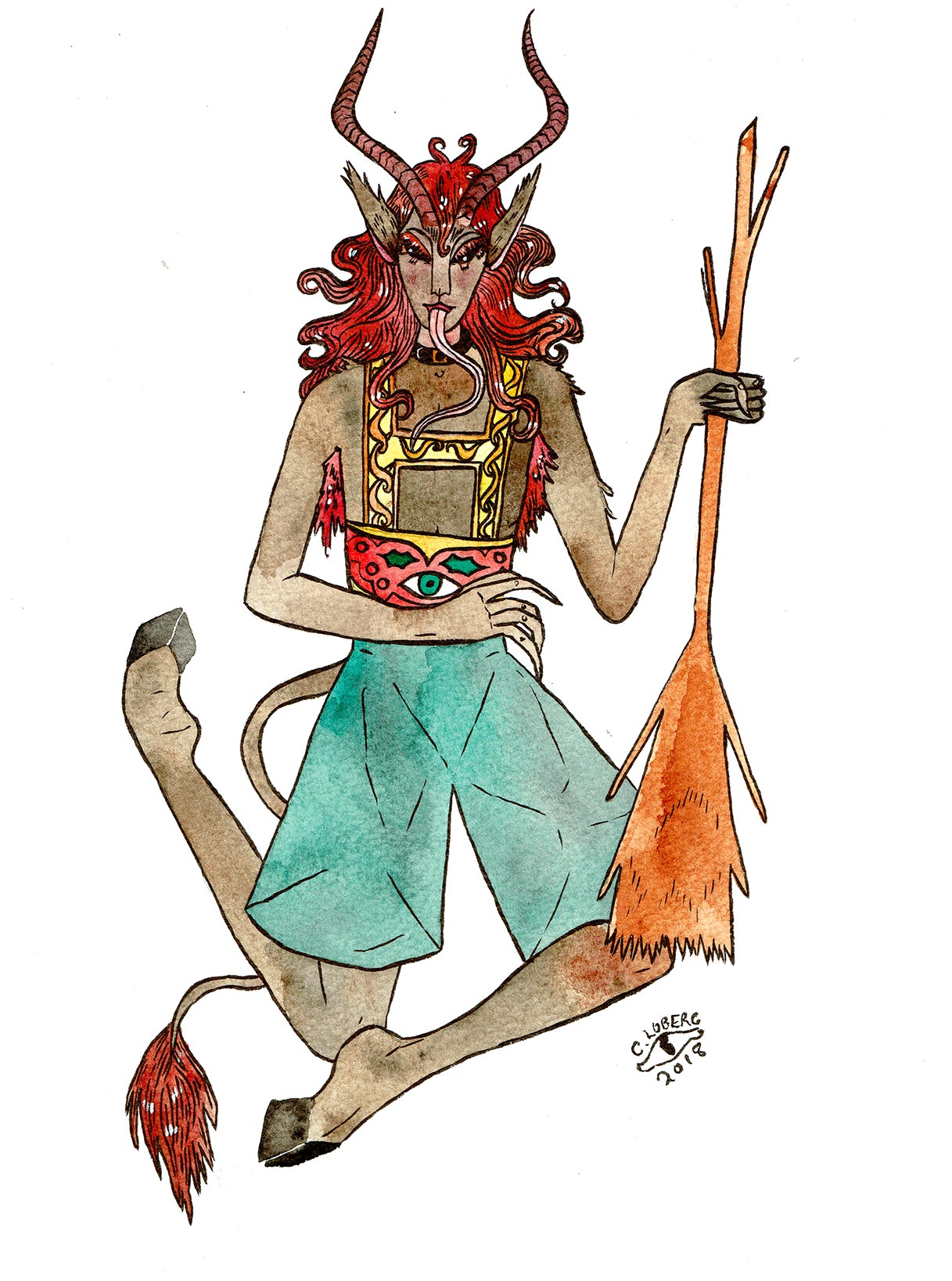 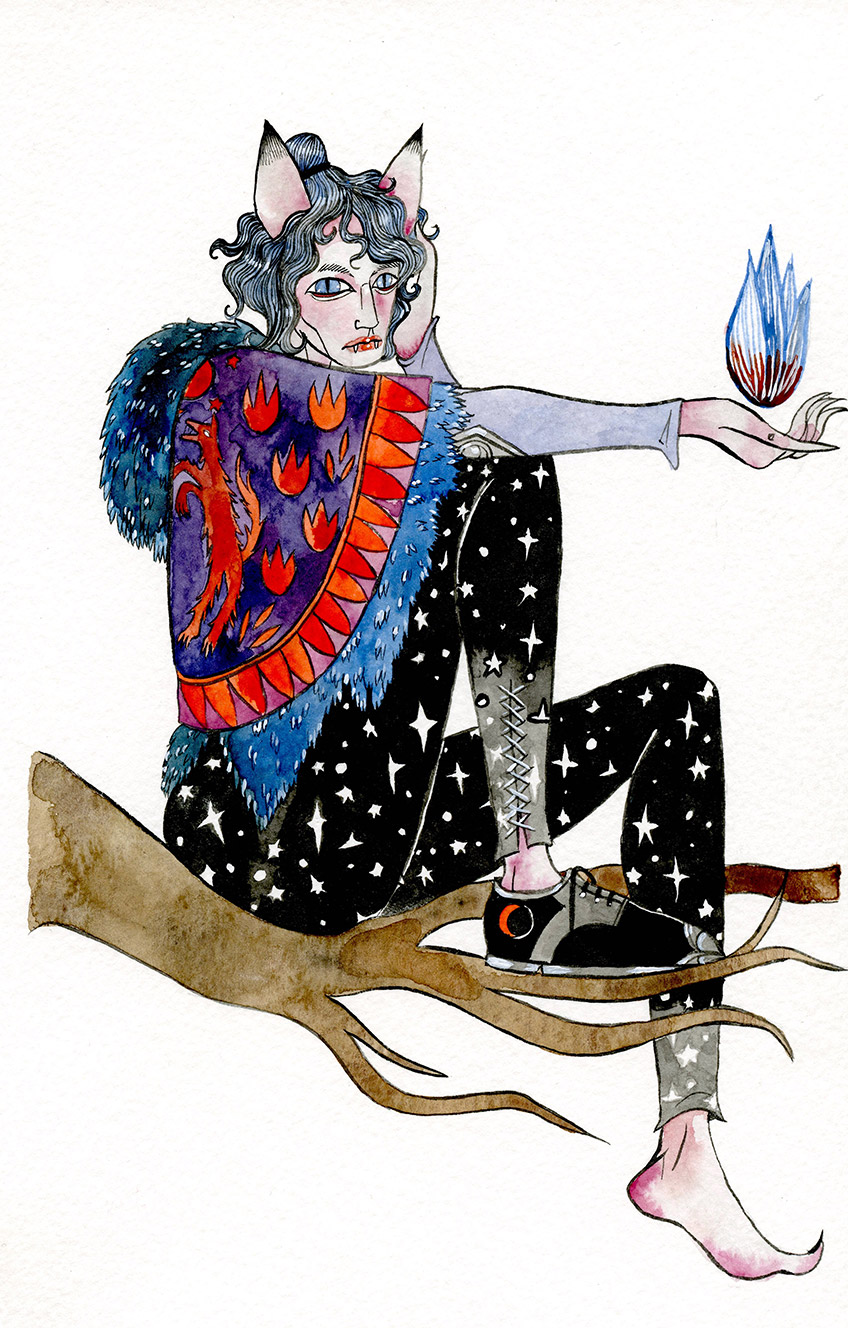